Lasers are useful tools you can use to indicate a constellation and the location of astronomical objects in the sky. They are usually cheap, can also be used for night hunting, or even as a lighter for campfires.

Finding the right type of laser can be difficult. This is also true since some countries have strict rules regarding them. But don’t worry, in this article we have done the needed research to provide you with everything you need to know about laser pointers, both from a technical point of view and from a legal point of view. 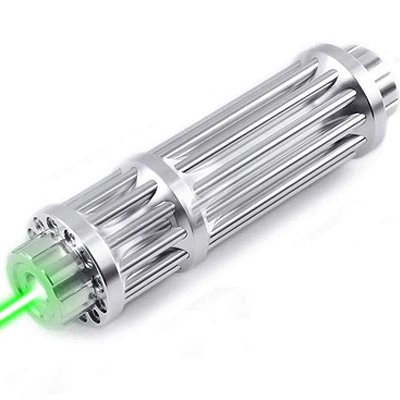 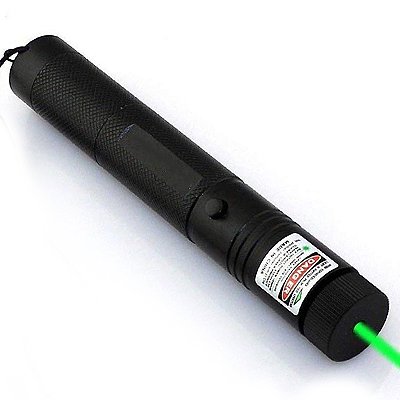 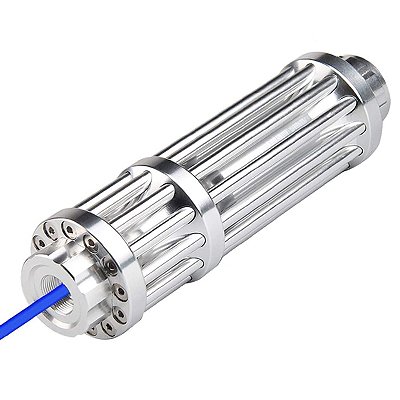 What is the best color for laser pointer?

You may ask yourself, “What color laser pointer is the strongest?” Well, the green laser is the best color for laser pointers, as it is the brightest. However, the blue variant is more powerful in terms of burning power. So let’s take a look at the options available:

Red – These are the simplest lasers. It is powered by nothing more than a battery-powered laser diode. Modern red lasers DPSS can emit 671 nm. They started the whole laser phenomenon, but with the emergence of new technology, they lost ground.

Green – This variant is now the top. Most stargazers use green laser pointers. They are far brighter than red lasers, typically operating at 532 nm. They are visible from thousands of feet in optimal conditions. If you move beyond 4mW, they are very powerful.

Blue – These are also popular lasers. They operate in Blu-ray video technology. They actually operate using a violet laser. In the visible spectrum, they reach at 405 nm. They usually have the strongest burning power out of all the lasers, but the green ones remain the brightest.

Yellow – These lasers actually existed for quite a while. They sometimes reach around 593.5 nm in the visible spectrum. These lasers are usually quite expensive and the biggest problem with them as they don’t emit a steady beam for long periods of time.

Are laser pointers illegal? (Regulations you need to know)

Since lasers became more powerful, people began to use them irresponsibly. Some even went to jail and yes, it is illegal to point a laser at any vehicle (1).

One of the most notorious cases happened in 2005. A man allegedly pointed his green laser at a plane that was landing on the airport. He faced a possible 20-year jail term but was ultimately sentenced to two years of probation.

In 2009, around 1,489 cases were reported. The following year, the number doubled at around 2,836 incidents. Because of this, regulations have been implemented and they usually differ from country to country. But here are some things you need to know:

What should be the power of laser pointer for astronomy?

Green lasers that have 532 nm are usually 5 to 7 times brighter than any laser of the same power (4). So as a general rule, green lasers are much more powerful at any frequency. The wavelength of laser pointers is measured in nanometers (nm) within a visible range of 400-700 nm. Peak visibility for the human eye is 555.

The power output is measured in milliwatts (mW). Lasers are broken into three classes based on this: Class I operates at half a mW; Class II is safe up to 1 mW, Class IIIa at 5 mW while class IIIb reaches up to 500 mW (5). Now that this is out of the way, here is what you should look for:

Lasers sometimes use frequency shifting crystals to achieve a visible color. This makes the internal IR laser much more powerful than the beam that is output. This means that a high power invisible laser is sitting inside the pointer – a potentially very dangerous item (6). You should never attempt to dismantle it. With that being said, here are some tips on what to do and what not to do with a laser:

How to choose the right astronomy laser pointer?

Here are a couple of things to take into consideration when purchasing a laser pointer:

Color – The green laser pointer is the best for astronomy (9), due to their brightness. For example, a 100mW green laser will literally be 5-7x brighter than a red or purple laser pointer of 100mW. The color green, in general, is one of the most visible colors in general.

Power – The wavelength should be 532nm, while the output power 5 mW. Only Class IIIa can reach this power and might be the best option for a laser. The IIIb class reaches up to 500 mW, but that’s just too powerful and dangerous. When it comes to blue lasers, a wavelength of 445 nm and 500 mW is considered high-end.

Laser type and brightness – 5 mW is considered the best since it is also too weak to reach aircraft. Handheld lasers are good for teaching purposes, while lasers that can be attached might be the better option for telescopes because of stability.

This model is good for teaching and for hunting.

This blue laser pointer might be good for astronomy.

Basically, you get both a flashlight and a laser pointer in once package.

A cool feature is that it also comes with a charger for batteries. As such, the batteries that come with this product are rechargeable or can be easily replaced with new ones.

It is great for teaching by pointing out things. However, one shouldn’t keep it open for more than 1-2 minutes. By doing so, the product will begin to take damage from the laser.

This green laser pointer is rechargeable through USB.

The beam thickness can be adjusted. It can be used as a light for guiding or focusing.

It is a very practical tool for presentations, distress signals, and astronomical instructions.

It has an attachment that makes it possible to split the laser into hundreds of little laser points. 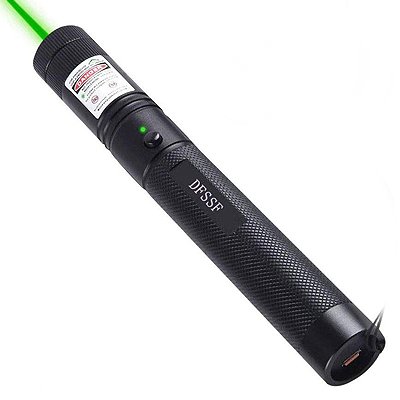 The product comes with a USB cable included, gift box, and English manual. The LED is waterproof and its overall size and shape makes it easy to carry it around anywhere.

It is also very durable since it isn’t just waterproof, it is also corrosion-resistant, wear-resistant, and it is designed for night hunters. The design makes it non-slippery and it can be powered up with batteries as well.

This green laser pointer has a special design.

The keys are used to either lock or unlock it.

This makes it quite safe if you have children.

The beam is very bright and can reach up to 2000 meters.

It is very easy to use, having even a wide variety of batteries which can be used to power it up. 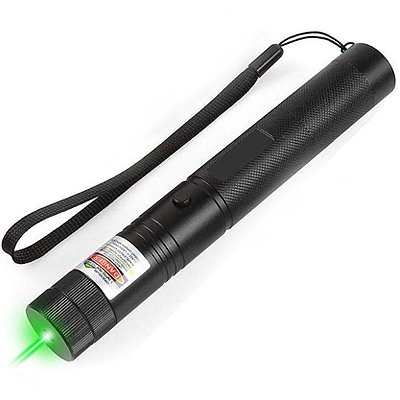 Its texture makes it non-slippery and it also has an attachment that makes it possible to split the laser into hundreds of little laser points. You can see different patterns when you rotate the cap.

It is a good tool for presentations, astronomy guidance. This laser can also be used as a toy for your pets. The set includes 1x green light pointer, 1x removable multi-pattern cap, 1x 18650 batteries, 1x charger, and 2x keys for safety.

This laser pointer is great for astronomy.

It is very powerful and the best part is, it also features a lock and unlock feature with keys that prevent children from using them.

You can see the rail even in mid-day.

It is highly portable, easy to use, and carry around anywhere. Its design also makes un-slippery. It usually comes with a 1-year warranty and batteries are included. Its focus is adjustable and its overall size makes it easy to be stacked on a regular telescope.

The product also comes with a battery charger. It is advised not to stare at the beam for long periods of time since it is very powerful. Goggles are recommended for long uses.

This green laser pointer can be a great tool for astronomy.

It is designed to be handheld-sized and it pretty much looks like a lightsaber from Star Wars.

It has an adjustable cap that splits the laser into hundreds of little laser points.

Batteries are usually included and are rechargeable. Its size makes it easy to carry around.

This laser is so powerful it can even be visible on clouds, and it might even burn things up if focused for periods of time. Overall, it is a powerful, bright laser that might be very useful for many needs and purposes.