As an amateur astronomer, having the right gear can infinitely improve your cosmos viewing experience. However, choosing the right equipment isn’t exactly easy. There are multiple different types of telescopes, each with distinguishing features such as different apertures and focal lengths. What kind of gear to get also depends on what you’re planning on observing.

With so many various aspects to consider, how do you determine what telescope you need? Better yet, what type of telescope should you use? Should you use a refractor or a reflector telescope? Does the only chance you have of getting a nice telescope involve selling a kidney on the black market? 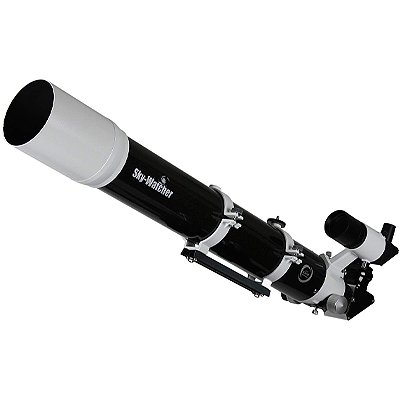 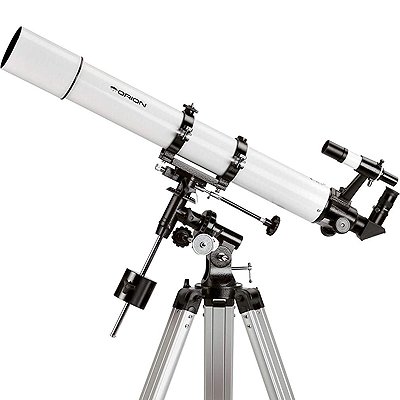 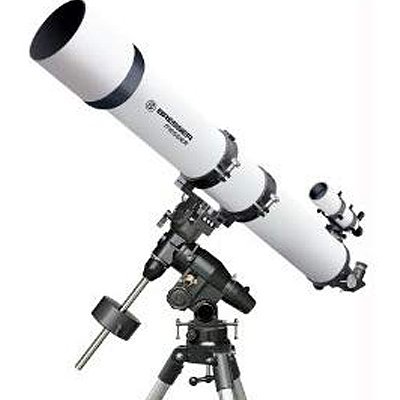 Refractor vs. reflector—which is better?

There are two primary types of telescopes: refractors and reflectors. A refractor telescope uses a large lens in the font, known as the “objective,” and an eyepiece in the back. Both pieces work together to focus light and present a clear image of the universe to an observer.

In general, refractor telescopes are better suited for observing planets—they’re often used by astrophotographers to capture images of the Moon, Mars, and Saturn.

Reflector telescopes use a combination of mirrors at the front to focus and reflect light down to the eyepiece.

Since refractors use a hardy piece of glass, which is crafted specifically for use in a telescope, they can be a bit pricey. You’ll have to pay at least $200-$300 for a quality budget-friendly refractor, and upwards of $1,500+ for some of the fancier models.

We’ve broken down the prices below into five categories: bargain, budget, mid-range, upper mid-range, and high-end. Each category describes the price ranges of refractors and what kind of quality you can expect to get depending on your budget (keep in mind these are price ranges for the telescope themselves, some don’t come with a tripod mount or any external accessories). The most important thing about a telescope is its aperture, so each range mentions what aperture to expect.

Bargain: $50-$150 – Similar to buying a musical instrument, telescopes under the price of $150 use cheap parts—the optical components in telescopes are expensive to produce correctly! These telescopes are acceptable if you’re only going to use it once or twice, or if you have a child interested in astronomy but don’t have a lot of cash to spare. However, dropping an extra hundred or so is still worth it in the long run.

Budget: $150-$400 – Budget-refractors will come with fewer features and less capability but are still suitable for planetary viewing and general stargazing. They’re best for beginner astronomers or those on a budget. Expect an aperture between 90mm and 102mm in this price range, with some exceptions pushing a few millimeters higher or lower.

Mid-range: $400-$600 – With mid-range refractors, observers will be able to view star clusters and galaxies more clearly with better contrast. These models typically begin to include an apochromatic feature, which negates the chromatic aberration effect that plagues cheaper versions. You can expect an aperture range of around 127mm or less in this range.

Upper mid-range: $600-$1000 – Upper to mid-range telescopes dwell in the $600+ range. At this price range, apertures generally remain the same, though focal lengths change to provide better and crisper views. Apertures for this range typically fall between 120 and 200 mm. Most products in this range provide better eyepiece focusers, which are capable of magnifying the image between 50x to 200x of its normal quality.

High-end: $1,000+ – High-end telescopes are distinctly different in two ways, the size of the aperture and focal length. The weight of the telescope typically correlates with the viewing capability, so the heavier the telescope, the better it will be (this also determines the price, which can rise exponentially as the aperture grows). These telescopes are for hardcore astronomers who intend to dedicate serious time to gazing at the universe.

What are you going to observe?

The most critical question to ask yourself when choosing a telescope is, “what do I want to observe with it?” There are hundreds of different models with a variety of various features to choose from, each catering to different needs and expectations. What you’ll need depends on what you’re looking to observe!

Deep-Space Objects – Reflector telescopes tend to work better for deep-space objects because they have higher apertures and don’t suffer from any chromatic aberration. However, upper mid-range or high-end refractors are mostly apochromatic now, meaning they account for the halo effect caused by chromatic aberration, so either will work!

Astrophotography – Astrophotography is a rather general term, so both types of telescopes can work depending on what you’ll be photographing. Though, in general, refractors offer the most versatility (sharper images) needed for astrophotography. They’re also more comfortable to carry around, and most importantly, they don’t need regular adjustment or maintenance.

How to choose the right refractor telescope?

Choosing a refractor telescope that best suits your needs mostly boils down to two specifications: aperture and focal ratio. Aperture determines the distance and clarity of your viewing experience, while the focal ratio determines just how narrow or broad the universe will appear in your telescope.

There are additional things that matter, such as the quality of your focuser, eyepiece, accessories, and mount, but these remain the most critical aspects of every telescope.

Aperture – Aperture is the most crucial metric for all telescopes, as it’s the diameter of the primary lens or mirror.

Focal Ratio – The focal ratio is determined by dividing the focal length, which is simply the distance light has to travel from the front of the telescope to the back, by the diameter of the front lens or mirror, known as the objective (denoted as F/D, where F is the focal length and D is the aperture).

The Celestron AstroMaster 90EQ Refractor is a great telescope for beginner astronomers.

The best part is the low price point for those on a budget.

However, while it is cheap and great for learning the ropes, the optics on this telescope aren’t the greatest. 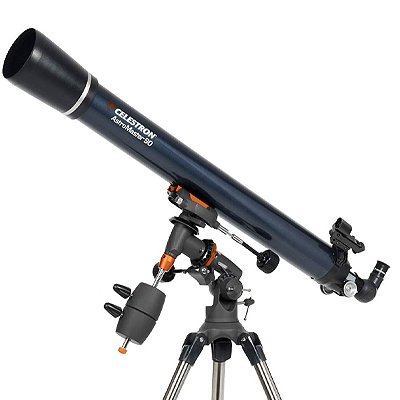 The telescope comes with some accessories including a mount, two eyepieces, a red dot finderscope, and access to astronomy software, Starry Night.

The Orion 9024 AstroView 90mm Refractor is similar to the previously recommended telescope, the Celestron AstroMaster 90EQ—though this one is better for intermediate users.

It’s an excellent choice for intermediate astronomers who know their way around a telescope but don’t have $2,000 lying around.

The telescope itself and its optics are surprisingly sturdy and well made for the price point.

The main reason it’s not the best for beginners is its equatorial mount, which is a bit more complex to operate than a regular one.

If you’re at least an intermediate astronomer looking for a telescope that’s excellent at what it does (and doesn’t require selling a kidney to buy it), we recommend the Sky-Watcher ProED 100mm.

It’s the absolute best bang for your buck.

In comparison with other telescopes in its price range, its optics are unbeatable.

Though its 100mm aperture is 20mm below the “sweet spot,” it still excels at viewing DSOs with clarity.

It also works exceptionally well for astrophotography and the magnification can be pushed up to 50% higher than the manual recommends.

A few downsides of this telescope include no mount, a reportedly flimsy carrying case, and eyepieces that are good quality, but not the greatest (which you can always replace).

If your budget is a little higher and want something of great quality, this is a good telescope to try.

It has a higher focal ratio of f/9.4, making it perfect for observing single objects such as planets or stars (you’ll be able to see Jupiter clearly and the bands of Jupiter’s rings). 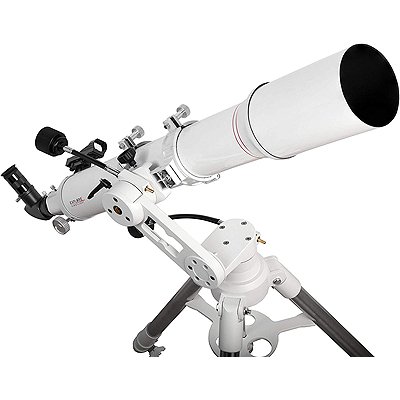 Despite not being apochromatic, this telescope manages to provide crisp images with minimal chromatic aberration. On the downside, its red-dot finder is reportedly mediocre quality.

It comes with a Twilight 1 alt/AZ mount, 2.5-inch focuser, two eyepieces, and a red-dot finder.

The Messier R-102 OTA Achromatic Refractor is the most expensive telescope on this list.

Though it claims it’s for both beginners and advanced users, this telescope definitely works best for advanced amateur astronomers.

Its high-quality optics provide precise observation of both planets and stars, at distances up to 1,500 lightyears away.

The focal ratio of 9.8 makes this  telescope great for astrophotography.

However, the telescope’s relatively small aperture doesn’t excel at observing deep-sky objects. It’s also achromatic, which means it only focuses two light wavelengths compared to the three that apochromatic provides.